استمع
Disclaimer: You are using Google Translate. Ministry of Human Resources & Emiratisation is not responsible for the accuracy of information in the translated language.
Powered by Google

The Ministry of Human Resources and Emiratisation 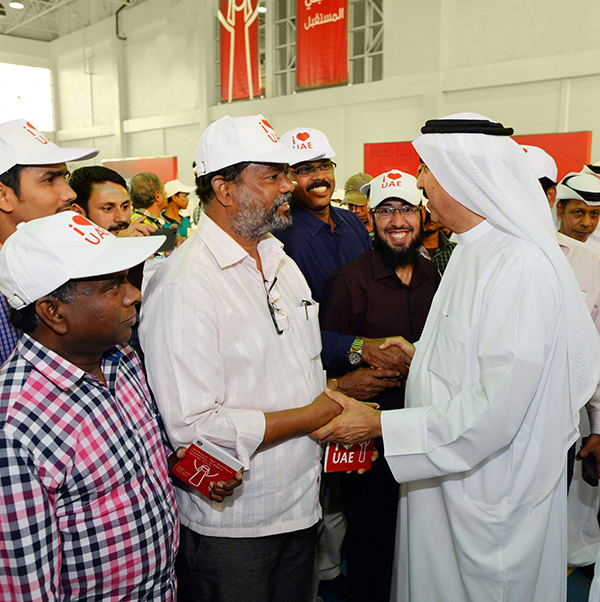 The initial launch took place at the Dubai International Airports on 18 February 2016, and was attended by H.E Saqr Ghobash Minister of Human Resources and Emiratisation, the minister stressed

the importance to educate labourers about the newly launched decrees which took effect early 2016, the decrees ensured interests of both the employers and workers are compromised,

protected workers rights both in terms of avoiding late payments and provision of adequate accommodations. The decrees called on the reformation of international standards regarding

The second phase of the campaign took place at the "ICAD" labour city which accommodates thousands of worker on April 2016.

The UAE is committed to providing all means of protection to workers’ rights while ensuring employers’ interests run smoothly, therefore, several booklets were distributed to the participants,

each included legal guidelines about rights and obligations and how to deal with labour disputes, as well as specific instructions to shift to a new job and so.